Bad news—thanks to four flaws in Microsoft Exchange Server software, over 60,000 individuals and organizations have had their emails stolen by a cyberespionage unit based in China, with over 30,000 of those targeted organizations being in the United States. Let’s review what has taken place up to the time of this writing, and what can be done about it.

The Sequence of Events So Far

On January 5th of this year, a security researcher going by the name of “Orange Tsai” working for security testing firm DEVCORE reported the discovery of a few serious issues in the Microsoft Exchange Server. Another firm, Volexity, independently reported the same issues to Microsoft on February 2nd, and a firm in Denmark called Dubex first submitted their reports on January 27th.

The reports were all related to what is now known to be the activity of a hacking group known as “Hafnium” that has targeted email systems that a variety of industries—including infectious disease research, defense contractors, institutions of higher education, law firms, think tanks, and civil societies/non-government organizations—rely on to operate. In all, it is estimated that more than hundreds of thousands of organizations across the globe that utilize Microsoft Exchange have had Hafnium breach them and leave behind a convenient way to get back in later with administrative permissions.

This is because these attacks were first directed towards higher-value targets but quickly transitioned to a more blanketed approach—attacking any server that was encountered. Exacerbating the issue, these attacks may be automated, which makes it effortless for them to be spread.

It also needs to be said that the cloud-hosted Exchange services that Microsoft offers were left unaffected, but most victims are utilizing both in their operations.

While a patch for the issue was released on March 2, it unfortunately only protects businesses that have not yet been infiltrated by these attacks. Any of those with these issues already in their systems will need to resolve them otherwise.

This Attack Has Turned into a Global Cybersecurity Crisis

With the release of this patch, hackers and their targets are now in a race to find out who will act more quickly. Hafnium will need to focus on spreading the infection as quickly as possible, while users will need to prioritize putting the patch into place before they are breached.

Unfortunately, at least 60,000 victims (likely far more by the time you’re reading this) have already lost this race.

What’s worse, these patches won’t remove the threat if they’ve already infiltrated a network. This means that businesses should still undertake a comprehensive review of their network to ensure that no sign of these attacks remains. Considering that this can be considered a zero-day attack that impacted all self-hosted Outlook Web Access instances that hadn’t been patched within a span of a few days, it is wise to investigate your own business’ network out of principle.

NetMGM can help, via our managed services and the proactive maintenance that they include. Our team will be there, actively ensuring that all necessary improvements are made to your network and the solutions attached to it. Find out more about what we have to offer by calling 888-748-2525 today. 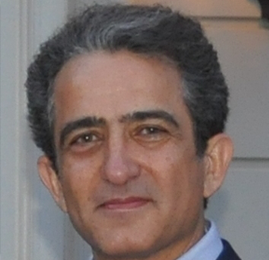 With over 25 years of experience in Information Technology, Rafiq is one of the most accomplished, versatile and certified engineer in the field. He has spent the past 2 ½ decades administering and supporting a wide range of clients and has helped position Network Management, Inc. as a leader in the IT Managed Services space.

Rafiq has built a reputation for designing, building and supporting top notch IT infrastructures to match the business objectives and goals of his clients.

Embracing the core values of integrity, innovation, and reliability, Rafiq has a very loyal client base with some customer relationships dating back 20+ years.

Rafiq holds a bachelor’s degree in Mechanical Engineering from the University of Michigan and has completed graduate programs in Software Engineering and Business at Harvard and George Mason University. Rafiq is a former founder and CEO of Automation, Inc. in Ann Arbor, Michigan as well as a valued speaker on entrepreneurship and technology at industry events such as ExpoTech and others.